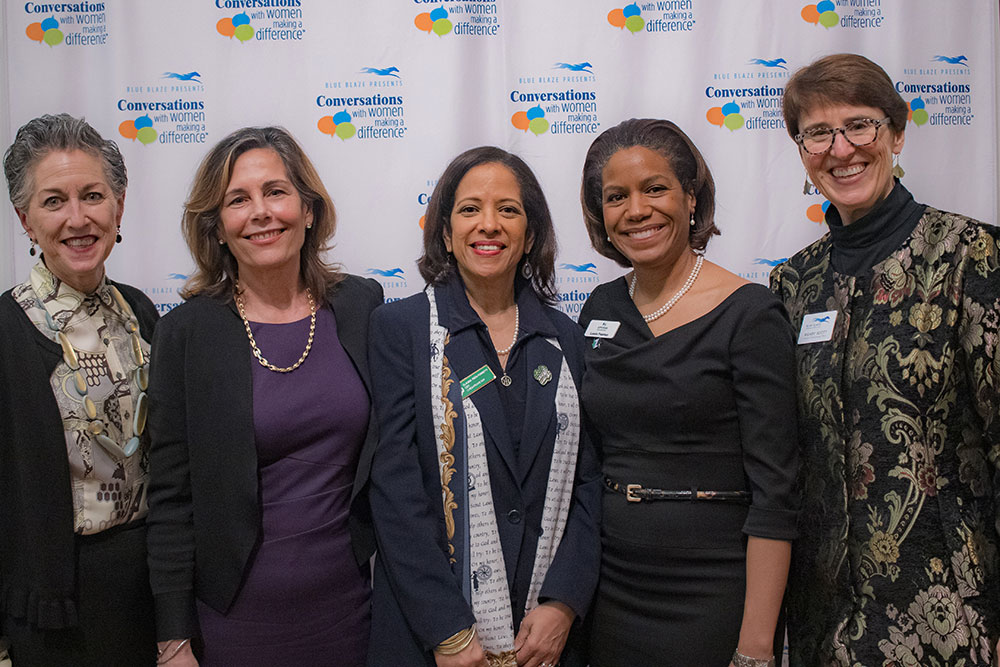 Despite serving in high-ranking positions as a prosecutor throughout her career, Delaware Attorney General Kathy Jennings says it still took her years to be comfortable running for public office. And perhaps more than anyone else, she was surprised she won a statewide office in her very first election.

Jennings shared her misgivings about putting her name on the ballot as part of a panel discussion held last week at the Delaware Art Museum.  It was the first of three “Conversations Making a Difference” that will shed light on the personal and career journeys of women from government, business and the nonprofit sector.

“This was the first time I ran for public office. That’s crazy,” said Jennings. “But it takes a lot of courage to make that decision, and it takes a lot of people around you supporting you and saying ‘You can do it.’”

Only the second woman to hold her position, Jennings had years of experience, serving under three AG’s, including Charlie Oberly, Beau Biden and Matt Denn, as well as New Castle County Executive Matt Meyer.

“I have worked for so many men who have held elective office. We are always looking at women and thinking, ‘it’s okay, I can be second in command,’ or ‘I’m fine being behind the scenes.’ But I don’t think so anymore. I think we need to be out there – loud and proud about it,” said Jennings.

Moderated by Carol Arnott-Robins, the conversations among panelists are meant to be spontaneous and authentic. Launched last year by Wendy Scott of Blue Blaze Associates and Arnott-Robbins, ‘Conversations’ creates a local forum where women can gather together and share their wisdom.

Thursday’s event marked the kick-off to the second season, which will include two more events through 2020. All events are held at the Delaware Art Museum, which is also one of two charitable recipients of the evening’s proceeds. The other is the Fund for Women.

Panelist Freeman said she appreciated sharing some of the personal experiences that landed her at Zip Code Wilmington. “I thought it was really telling that women came out on a rainy night to be a part of this. It really speaks to their sense of looking for the community and the communal nature of being women with a shared experience, sharing knowledge, wisdom, and encouragement. We can learn so much from one another,” she said.

Jennifer Vitak, attending with fellow Founders at the Fund for Women, said she found the remarks by each speaker to be inspiring and candid. “It’s pretty remarkable what each of them has achieved. I loved hearing their stories, and they were very real with us,” she said.

The Delaware Art Museum was glad to play a significant role in the event’s success. “The museum has been making a concerted effort to focus on promoting women artists, adding women to our collection. And this is just another aspect of how we amplify female voices and the arts. And I love this series because women speak more honestly here,” said Interim Executive Director Molly Giordano.

Mark your calendar for the next two Conversations with Women Making a Difference on April 23 and October 1 — both at the Delaware Art Museum from 5:30 pm to 7:30 pm. Events are open to the public and include networking and refreshments.